Established in 2014, The PopLyfe Shop is a clothing brand that set out to be different from the beginning. The site caters primarily to dads and carries a range of pop culture and fatherhood inspired clothing.

“A Brand that Celebrates Dads”.

What started as an entrepreneurial experiment and outlet for my passion quickly grew into much more than just selling shirts. In fact, it never really was about selling shirts. The PopLyfe has always been about promoting Pride in Fatherhood and Celebrating Dads.

As a designer by profession, I was looking for another creative outlet. Once I settled on t-shirts as the vehicle, I searched out themes that I could build on in an expressive way, a theme that would not only resonate with my own passion in the design, but resonate with other people’s passion as well.

There were no products representing the story of fatherhood in a fun way and I thought, “There’s an opportunity to provide Proud Dads with great tshirt designs that aren’t corny.”

Frankly, a lot of the shirts I was seeing aimed towards “gifts for dads” were boring, corny and played out. They were either rehashes of the same 4 or 5 phrases or they were “World’s Greatest Farter – I Mean Father” (Seriously, who buys that for their dad? And who wears that??) I wanted to create designs that would speak to dads and their commitment to being involved fathers, and produce designs they would wear every day.

The PopLyfe has always been a project rooted in my passion for design. It’s about bringing the identity of fatherhood to life, and creating designs dads are proud to wear.

Designing the site around the brand.

I needed a design that would speak to my end customer AND my buyer. It needed to be clean, so as not to interfere with their ability to appreciate the products, but it also needed to look professional and easy to navigate. I wanted this store be a next level shop for Father’s Day related gifts. Based on the competitive research I had done, there was a wide range in the quality of sites people could buy similar products from, so as a product designer by profession, I wanted this site to stand out in its category.

I decided to use Shopify to build the store. I used a basic theme for the initial version of the site, to ease the learning curve of customization. After the first couple of years running the site, I was in and out of the backend enough to feel comfortable making tweaks and edits, adding functions and plugins to the point I was confident in customizing more aspects of the design.

Version one of the homepage design was focused more on establishing a market.

For the launch of the site, I paid special attention to the homepage because through most of my initial marketing, potential customers were being directed to the homepage first. It was one of the most important touch points. Through the first year of the site launch, I used analytics to learn what visitors were most interested in, what they wanted to see there and then optimized the homepage so that users could easily find promoted and most popular items. 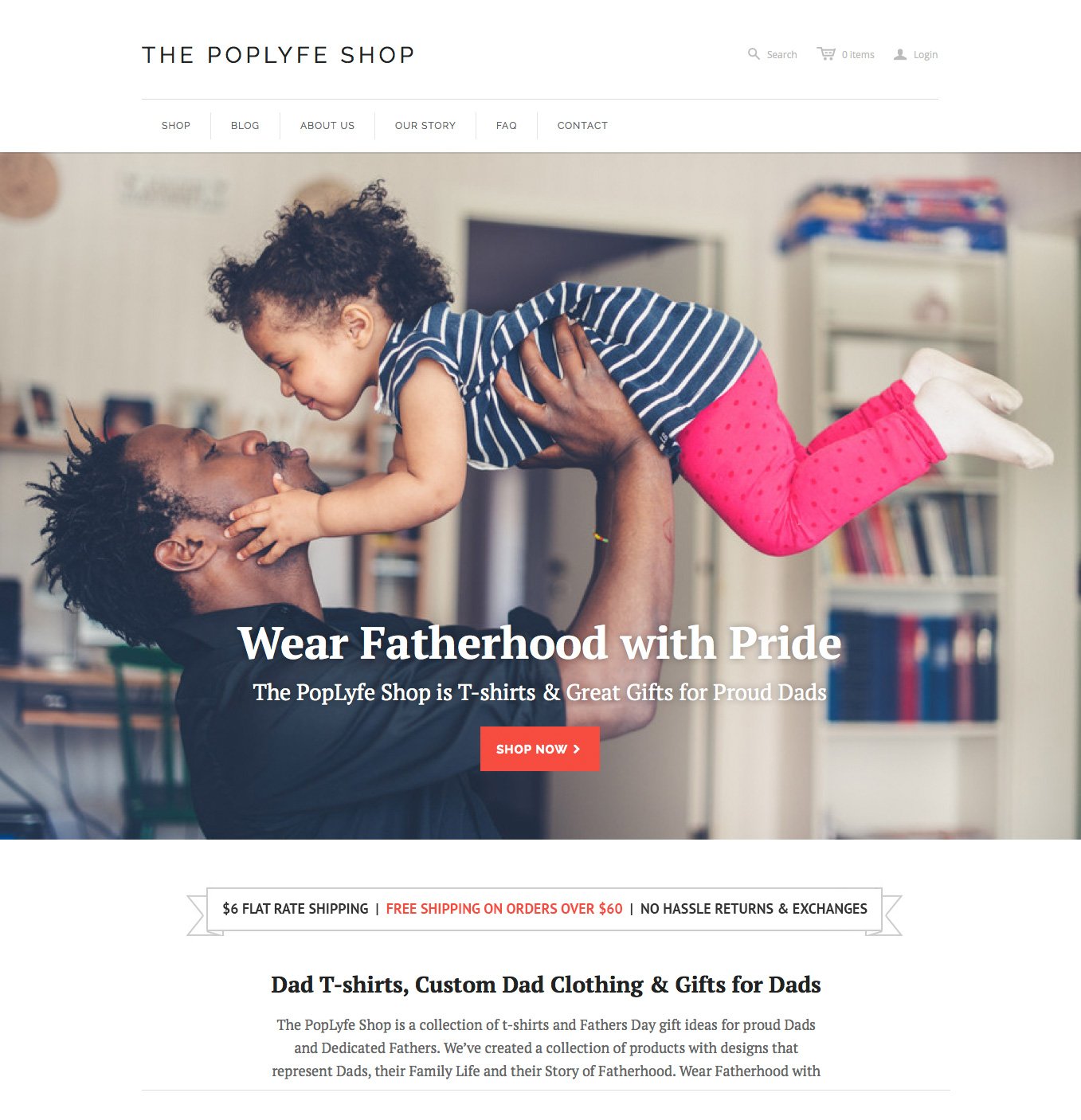 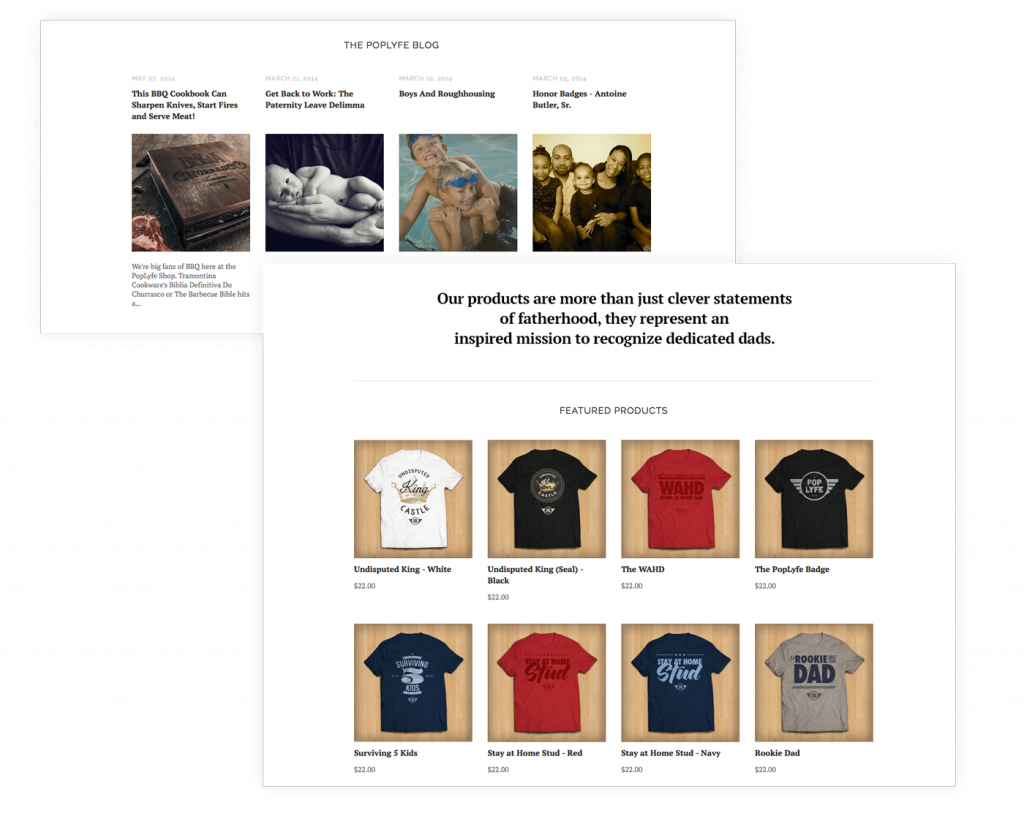 To dial-in the flow of the homepage I also used a story-frame. I focused on telling a story and communicating the essence of the brand to draw users in. I designed the page with words, basically answering the question “How would you tell a friend what this brand is about?”. Based on feedback I collected through social media, email campaigns, purchase follow-up, and on-page collection tools, I was able to write a story that helped me focus on where to fine-tune the experience.

How the story-frames helped: I gave me a 10,000 foot view of what the homepage would address. It helped me focus on the page’s structure and core message without thinking about the visuals.

From there, the project was a cycle of reviewing analytics and user metrics, and iterating on different sections of the site.

Some of the main takeaways from this phase of the project:

Building on the competitive research, the audience research and the story I developed for the brand, I was able to better focus version two on the key messaging, products that were more likely to connect with our audience and redesign the key areas of the site that would help drive conversions.

The resulting design was a much more custom and cohesive fit between the brand, the design and the UX. 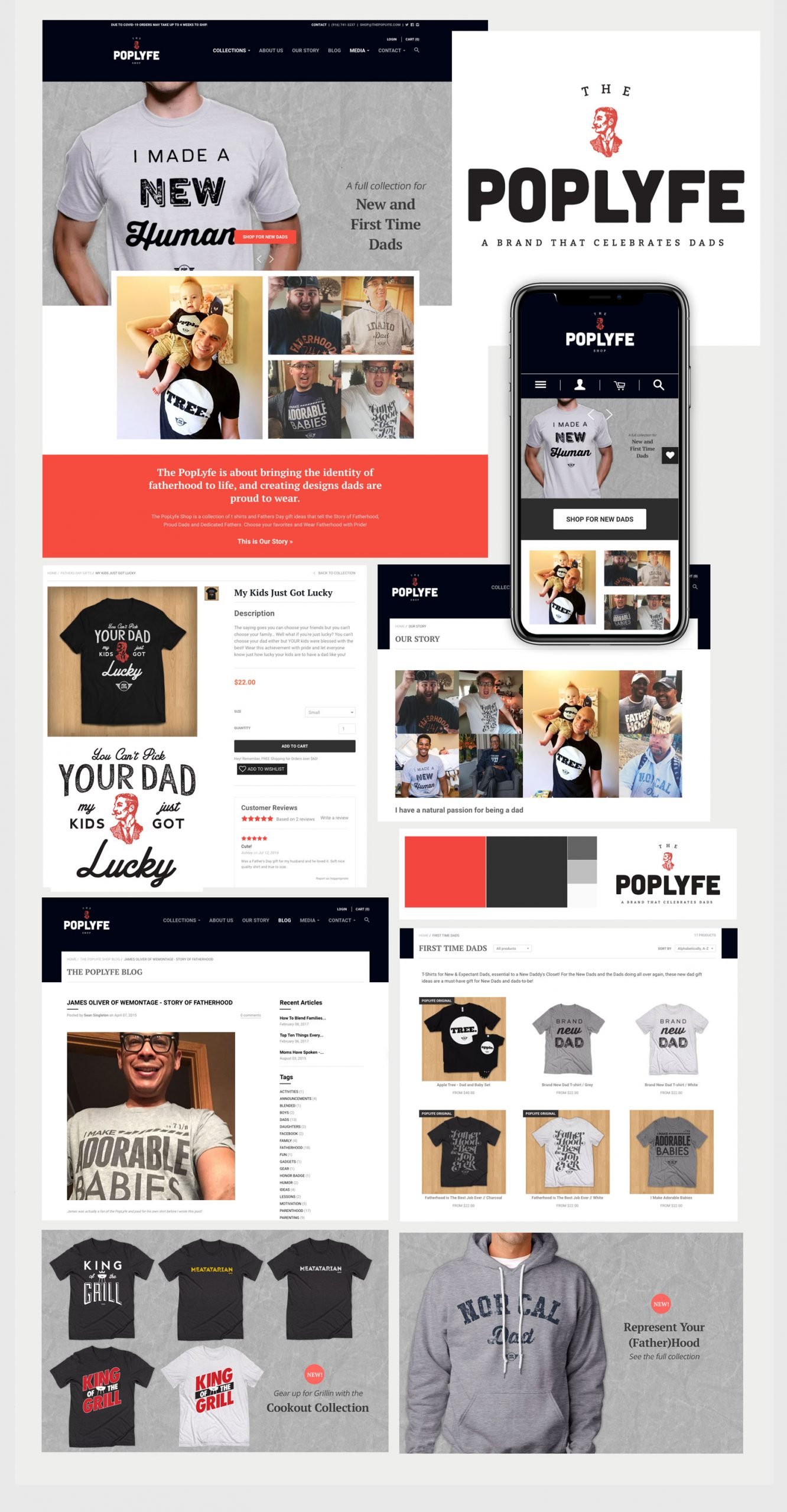 As noted, the development of this project is ongoing, constant iteration and marketing the site takes up a good portion of the time spent on this project. So far the key to The PopLyfe Shop’s success has been keenly defining our target audience and catering everything related to the brand around that audience. Through the design and thoughtful attention to how each persona would interact with the site, it continues to be viable vehicle for generating sales and building a fanbase.